Return of the Make 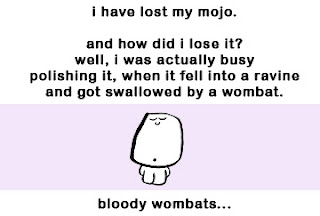 My creative mojo finally returned, just in time for a Christmas crafting frenzy.

Unfortunately its arrival was not accompanied by any great fanfare. There were no bells or whistles. No purple peacocks, white Persian monkeys or dancing elephants. Not even one single spurt of excess energy to herald its homecoming.

"You left without saying goodbye. You didn't call, you didn't write, not even a post card! I had no idea when you'd be back"

So it was a rather sullen mojo I was faced with. One that was not prepared to face the tundra like conditions downstairs ( I swear there is some bizarre space/time rift going on down there and my workroom is actually a wormhole to the arctic), sit behind a sewing machine for hours on end or do more than was absolutely necessary to get by. 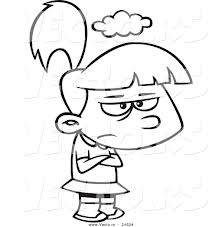 Was I daunted? Heck no! I'm the mother of teenage boys and do battle with sullenness on an almost daily basis, and usually win.  No workroom? Fine, I just brought some bits and bobs in to the house. No sewing machine? Okay, I concentrated on smaller projects that could be done by hand. Just enough to get by? Oh that one was easy, it's exactly my philosophy on dusting.

A small table by the fire became my temporary workspace (as did most of the surrounding area, I'm not the tidiest of crafters!), and the last couple of weeks has seen a flurry of festive fabric, felt, buttons, beads and ribbon( lots of ribbon, lots and lots and lots...). I made more of the ever popular angels, fairies and  pinecone pals  to sell in a local craft shop and some  silk flower pendants  as gifts ( sorry you're having to look at old pictures but I've misplaced the camera...again) Eventually, faced with my constructive response to it's state of pique my mojo began to be a bit more co-operative, even offering a few flashes of inspiration once in a while.

However time is marching on, or about to end if you are that way inclined, and in a bid to prepare for Christmas I have had to relinquish my spot by the fire. Crafting is once more put on hold, though hopefully not for as long this time. I'll take the opportunity now to wish you a very happy festive season.

Yay Linnhe! So glad your wandering mojo has returned..and in time for a festive feast of finery!
What a collection of cool yule creations..
So love your Tomte - his beautifully flowing crinkled locks, bright jaunty hat and perfectly placed pink nose. Fab idea to fix and transport him on a peg! He's epic!
Enjoying all your turns of phrase and punny title - hope you do find space for more creative writing...I could read lots more!
Happy Christmas and Craftmas to you too. May 2013 be sprinkled with fun, witty words and creativity!
Ali x

Love the little Gnome. He's fab. My pinecone little man is back on the tree again this year. Lovely.

I'm pleased to hear your crafting mojo has returned, I hope it stays around for a very long time! I had to put away all my crafting paraphernalia for Xmas to but kept out a couple of 'bits' to fiddle with! Today it's started to creep back out.
Teresa x